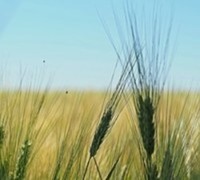 George Calvin English, 87, of Alba passed away on November 18, 2016 in Tyler. Calvin was born on March13, 2016 in Rains County to his parents, Joseph Wesley English and Laura Lillian (Alexander) English. He married Ruth Junell Bailey who precedes him in death. He worked for Mrs. Baird's Bread company for many years as a route salesman.

His family that is cherishing the memories of his life are his sisters, Lynne Alexander, Mildred Thomas, and Laura Fletcher; grandchildren, Sean Harman, Jack Livingston, Jr., and Hollie Livingston.

He is preceded in his death by his wife, Ruth English; his parents, Joseph and Laura English; his daughter, Linda Kay English; his son, George Franklin English; four brothers and two sisters.

To order memorial trees or send flowers to the family in memory of George English, please visit our flower store.