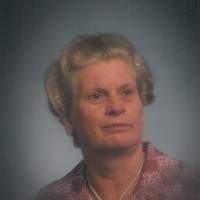 Frances Messer passed away on Tuesday, November 5, 2019 in Kaufman. She was born in Kemp on September 4, 1932 the daughter of John Ashley and Minnie Lee Howard. Frances married W. R. C. Newton in 1954. Frances married Charlton Messer in 1969 in Rockwall. She was a homemaker, babysitter, and caretaker.

Quinlan Funeral Home
To order memorial trees or send flowers to the family in memory of Frances Messer, please visit our flower store.