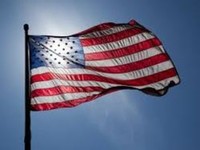 Everett L. Dewitt passed away Saturday, October 28, 2017 at his residence. He was born on February 23, 1927 the son of Albert Lawrence and Lela Elizabeth Dewitt in Manown, West Virginia. Mr. Dewitt served in both the US Army and the US Air Force. He married Margaret Dodd. She preceded him in death in 2004.

Everett Dewitt is survived by one sister, Rosa Lee Benson. He was preceded in death by one son, two sisters, and one brother.

A memorial service and inurnment will be held at a later date.

To order memorial trees or send flowers to the family in memory of Everett Dewitt, please visit our flower store.