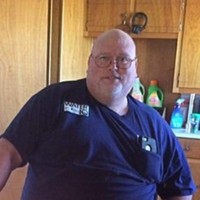 Edward Lewayne Lewis, 52, passed away on October 6, 2018 in Plano, Texas. Edward was born on September 8, 1966 in Dallas Texas the son of Terris and Sharon (Hawkins) Lewis. Edward worked as an operator at the North Texas Municipal Water District. Edward married Wendy Skinner in Sachse, Texas, in 1990.

Preceded in death by his parents, Terris and Sharon Lewis, numerous aunts and uncles.

Public visitation will be held Wednesday, October 10, 2018 at 1:00 PM with the funeral service to follow at 2:00 PM in the Quinlan Funeral Home Chapel. Interment will follow service at Lakeside Memorial Park, Quinlan, Texas.

To order memorial trees or send flowers to the family in memory of Edward Lewis, please visit our flower store.