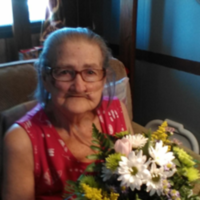 Edna is preceded in her death by her parents, Joe and Mary Copeland; three sons, Joe Rogers III, Michael Rogers, and James Rogers.

At the time of this printing, there is no services planned through Quinlan Funeral Home.

To order memorial trees or send flowers to the family in memory of Edna Jansson, please visit our flower store.