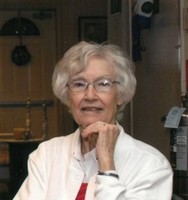 Her funeral service will be held on Saturday, September 30, 2017 in the Chapel of Quinlan Funeral Home at 11:00 am with her pastor, Ben Terry will officiate. Public visitation with her family will be Friday, September 29, 2017 from 6:00 to 8:00 PM at the funeral home. There will be a private burial in the Quinlan Odd Fellows Cemetery.

To order memorial trees or send flowers to the family in memory of Edith Bates, please visit our flower store.