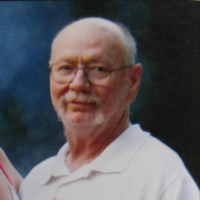 Eddie N. Paslay, age 67, of Quinlan, passed away December 16, 2016 at his residence. He was born the son of Hubert & Gertrude Paslay in Jacksonville on August 2, 1949. He grew up in Garland and graduated from South Garland High School in 1967. He married Patricia Mayhew on July 10, 1998 in Greenville.

To order memorial trees or send flowers to the family in memory of Eddie Paslay, please visit our flower store.