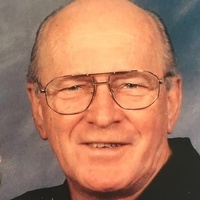 Edmund Joseph “Ed” Prenger, 82, of Quinlan passed away on January 21, 2019. He was born on January 5, 1937 in Norfolk, Nebraska, the son of Edmund Herman and Mary (Norton) Prenger. He married Barbara Newberry on December 8, 2000 in Galveston, Texas. Ed was the former owner and operator of Prenger’s Restaurant in Norfolk, Nebraska. Ed was known by his family and friends as an entrepreneur.

Ed was preceded in death by his parents and his brother, Richard Arthur Prenger.

A Memorial Service will be held on Friday, January 25, 2019 at Faith Outreach in Greenville at 1:00 PM with Brother Rance Moore officiating.

A Celebration of Life will be held in March 2019 at Robert Lee, Texas.

In lieu of flowers please consider donating to your local Alzheimer’s or Parkinson’s Research Foundation.

Faith Outreach Church
To order memorial trees or send flowers to the family in memory of Ed Prenger, please visit our flower store.