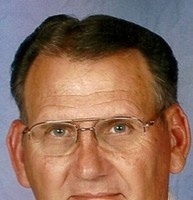 Earl Ray Smith, 70, of Forney passed away on August 18, 2017 in Carrollton. Earl Ray was born on July 30, 1947 in Haskell, Texas to his parents, Raymond Ray Smith and Earlene (Bush) Smith. He married LaNell Beauford on February 2, 1968. He worked for many years as a postal clerk for the US Postal Service; he was a welder; small engine repair; owned his own business, Smith Merchandising. He will be remembered for his strong work ethic, love for dogs (esp. Boston Terriers), his love of making people laugh and having a "slapped knee" fun time and his strong family ties with his wife and daughter.

Visitation with his family will be held at Quinlan Funeral Home from 6:00 pm to 8:00 pm on Monday, August 21, 2017. His funeral service will be held at the Quinlan First Assembly of God Church at 3:00 pm on August 22 with Pastor Ben Terry Officiating. Burial will follow the service in Lakeside Memorial Park in Quinlan.

To order memorial trees or send flowers to the family in memory of Earl Smith, please visit our flower store.