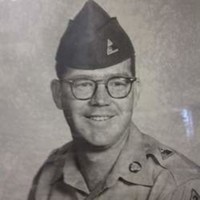 Dr. Bobby H. McGill, 80, of Quinlan passed away on June 16, 2017 at his residence. Bobby was born in Daisy, Oklahoma on May 15, 1937 to Roth Homer McGill and Lillie Mae (Davis) McGill. He married Beverly Ann Barker on February 3, 1968 in Dallas. He was a Chaplain for several Hospitals during his life.

Bobby is preceded in his death by his parents, Roth and Lillie McGill, and three brothers.

No public service is planned at this time.

To order memorial trees or send flowers to the family in memory of Dr. McGill, please visit our flower store.