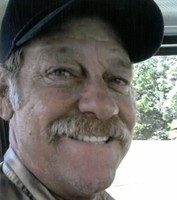 Douglas William Fowler, 64, of Quinlan passed away Saturday, April 2, 2016 at his residence. Funeral service will be Wednesday, April 6, 2016 at the Quinlan Funeral Home Chapel at 2:00 pm with Rev. Lance Eiland officiating. Burial with military honors will follow at Etter Lake Cemetery under the direction of Quinlan Funeral Home. A gathering of family and friends will be 7:00pm until 9:00pm Tuesday, April 5, at the funeral home.

Douglas was born March 19, 1952 in Hudson, Michigan to Charles Fowler and Joyce Brown Fowler. He proudly served his country in the U.S. Navy. Later he met and married Cynthia Ann Wood on June 19, 1982 in Quinlan, Texas. He worked for many years in the Aviation business before going to work at Dallas County in the Road and Bridge Department.

To order memorial trees or send flowers to the family in memory of Douglas Fowler, please visit our flower store.