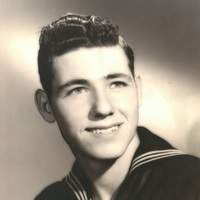 Donald Ray Williams, Sr., 89, of Emory passed away on Saturday, April 4, 2020 in Greenville. Donald was born in Hillsboro, the son of Oscar Williams and Johnnie Williams, He married Yvonne Williams in 1952 and they were married for 57 years until her passing on January 22, 2009. Donald served his country in the US Navy during the Korean War. He was a foreman for a printing company in Dallas. He was an avid fisherman fishing Lake Tawakoni for many years, all the time.

Donald is preceded in his death by his wife, Yvonne Williams and by his parents, Oscar and Johnnie Williams.

Family members who are cherishing the memories of Donald’s life are his son, Donnie Williams; his daughter Cindy Williams; grandchildren, LD, Nathan, Ginger, Brandy, and Toni; and brother, Jack Williams and his wife Rhoda.

There will be a private family graveside service honoring Donald’s life.

To order memorial trees or send flowers to the family in memory of Donald Williams, Sr., please visit our flower store.