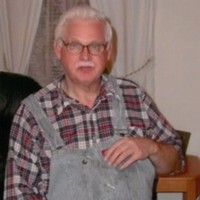 Delbert Wichser, 79, of Greenville passed away on Sunday, May 6, 2018 in McKinney. He was born on January 31, 1939 in Dodge County, Minnesota, to Mathias John Wichser and Hazel Belle (Burrs) Wichser. Delbert married Shirley Ann Logan on June 7, 1958. He was a farmer and he became a paint salesman, but farming was his true love that he never out grew. He was foremost one of Jehovah's Witnesses and was known for his zeal in sharing with others what the Bible shows what the grand promises of God's kingdom will do for mankind.

Delbert was preceded in his death by his wife, Shirley Ann Wichser; a son, Jeffrey Wichser; his parents, Mathias and Hazel Wichser; a sister, Donna Broin.

To order memorial trees or send flowers to the family in memory of Delbert Wichser, please visit our flower store.