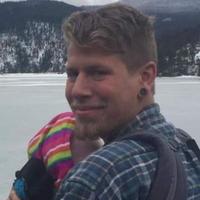 David Michael Lewis, 25, of The Colony passed away on Sunday, November 17, 2019. David was born on July 15, 1994 in Carrollton, the son of Darrell Lewis and Mary Pat Domino. He married Christena Leann Strong on June 13, 2014 in The Colony. He was a water engineer at Water Department of The Colony.

David is preceded in his death by his grandfather, Max Domino.

To order memorial trees or send flowers to the family in memory of David Lewis, please visit our flower store.