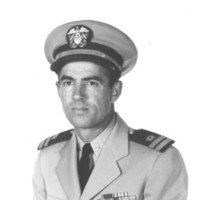 Coy Melvin Porter passed away Wednesday, February 28, 2018 in Greenville. He was born in Holtville, California on February 17, 1924 the son of Henry and Margie Porter. He married his college sweetheart Dean Mullin in 1945. She preceded him in death in 1985. He married Leda Eubanks in 1986. She preceded him in death in 2010. Coy graduated from the University of Texas with an engineering degree and spent many years as a civil engineer. He served in the United States Navy and was a member of Shriners International.

He was preceded in death by his sons, Danny Porter and David Porter; and brother, Jack Porter.

A funeral service will be held on Sunday, March 4, 2018 at 2:00 p.m. in the Quinlan Funeral Home Chapel with Bro. David Hammond officiating. Burial will follow at Lakeside Memorial Park with grandsons serving as pallbearers. Visitation will be held on Saturday, March 3, 2018 from 3:00 p.m. to 5:00 p.m. at the funeral home.

To order memorial trees or send flowers to the family in memory of Coy Porter, please visit our flower store.