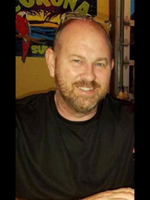 Charles will be remembered for his love of racing. Drag racing was a passion of his. He was known as a "daredevil," but also a very kind-hearted man, who was well liked by everyone. He worked for Kia for over 10 years, where he became loved by those who knew him. Charles would help anyone, anytime, anywhere, with anything. His memory will live on through his family continuing this endearing characteristic of him.

Charles was preceded in death by his grandparents.

Charles' family will be receiving friends and loved ones on Tuesday, November 28, 2017 at Quinlan Funeral Home from 6 PM until 8 PM. The Funeral Service will be held at the First Assembly of God Church in Quinlan, on Wednesday, November 29, 2017, at 2 PM. Burial will follow at Hooker Ridge Cemetery in Lone Oak, TX.

To order memorial trees or send flowers to the family in memory of Charles Smith Jr., please visit our flower store.