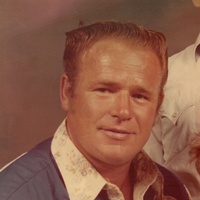 Cecil Earl Kohutek, 73, passed away on Monday, December 10, 2018 in Quinlan. He was born on April 1, 1945 in Crossett, Arkansas the son of, Frank E. Kohutek and Sarah Idella (Viel) Kohutek. Cecil was an automotive mechanic for many years.

Cecil is preceded in his death by his parents; his wife Jewel (Neal) Kohutek; cousins, Leon Vice, Richard Vice, and Ebb Vice.

His service will be held on Saturday, December 15, 2018 at 2:00 PM in the chapel of Quinlan Funeral Home with Rev. Karen Fullerton officiating.

To order memorial trees or send flowers to the family in memory of Cecil Kohutek, please visit our flower store.