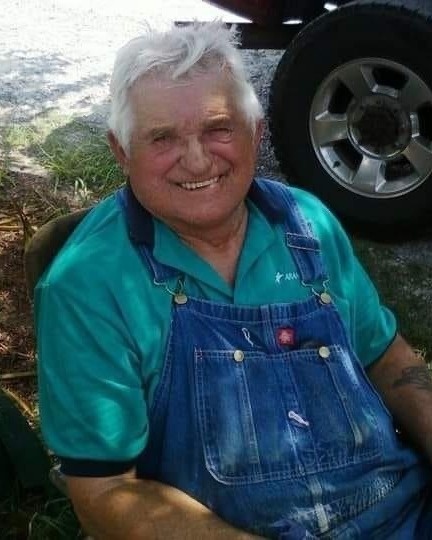 Cecil was born in Daingerfield, Texas on May 28, 1931 to Howard Newton & Alma Mae (Bryant) Hill. He was the fifth of nine children.

He joined the Army in 1951, serving in the Korean War, as part of the 201st Armored Field Artillery Battalion.  He married Lois Marie Massey in 1952 and had three children. In 1973 he married Jimmy Lee Fouse.  They moved to Quinlan, Texas in 1981.  He soon retired from Gardner Denver, where he was a machinist.  They were married for 44 years until her death in 2018.  He then moved to Nevada, Texas to be closer to family.

Cecil loved the outdoors and working with his hands.  He enjoyed playing dominoes with anyone that didn’t mind losing. His favorite game was 42 and he played many games with family at his home in Quinlan.  Going to flea markets and garage sales looking for a good deal was his favorite past time.

He is proceeded in death by his parents, two sisters, six brothers, one grandson, one great grandson, his wife, and one stepdaughter.

He was loved by all that met him and will be greatly missed.

The funeral service will be held at 2:00 P.M. on Friday, October 7, 2022 at Quinlan Funeral Home with Duane Crane and Bobby Sims officiating. Serving as pallbearers will be Micah Sims, Trevor Sims, Stephan Sims, Bobby Sims, Jim Gracy, and Stephen Coffman. Visitation will be held one hour prior to the service. Interment will follow the service at Rosemound Cemetery in Commerce.

To order memorial trees or send flowers to the family in memory of Cecil Howard Hill, please visit our flower store.