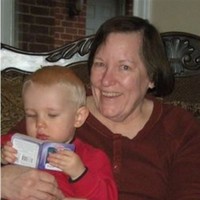 Carolyn Sue Stahmer, 66, of Lone Oak, Texas, passed away on Sunday, November 30, 2014 in Rowlett, Texas. Carolyn was born on January 27, 1948 to Billy and Roberta Tate in Fort Worth, Texas. Carolyn would take a Master's Degree in Library Sciences from Texas A&M Commerce. She would teach high school English at Lone Oak High School for more than twenty years before retiring in 2000. Carolyn met and later married John Stahmer in 1970 in Commerce, Texas. Their romance would last for forty-four years. Carolyn is preceded in death by her parents, Billy and Roberta Tate; brother, Gene Tate. Those left to cherish her memory include her husband, John Stahmer; son, Joe Stahmer and his wife Tracey; grandson, Reagan; as well as numerous friends and neighbors. Carolyn's warm heart and infectious smile will be missed by all who knew her. A gathering of family and friends will be held on Wednesday, December 3, 2014 from 6:00 to 8:00 p.m. for a time of remembrance and visitation at the funeral home. A celebration of Carolyn's life will be held the following day, Thursday, December 4, 2014 at 2:00 p.m. also at the funeral home. In lieu of flowers, the family request donations be made to the American Diabetes Foundation or the American Lung Association.

Quinlan Funeral Home
To order memorial trees or send flowers to the family in memory of Carolyn Stahmer, please visit our flower store.