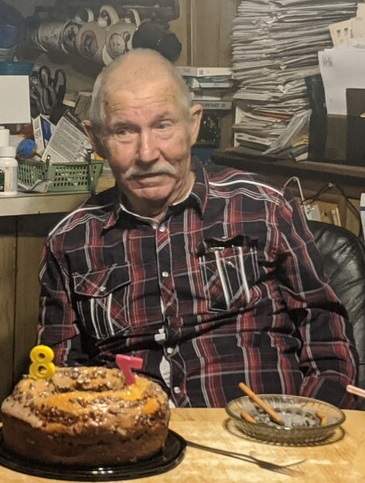 Funeral service for Calvin Allen Piearce, age 79, of Quinlan will be held at 1:00 P.M. on Sunday, October 31, 2001 at Quinlan Funeral Home. Interment will follow at Odd Fellows Cemetery in Quinlan. Nate Hager, Billy Merritt, Dylan Cotton, Ant Austin, Charles Burt, and Riley Fitzgerald will serve as pallbearers. Visitation will be held from 6 to 8 P.M. on Saturday, October 30, 2021 at Quinlan Funeral Home. Mr. Piearce passed away at his home on Monday, October 25, 2021.

Calvin was born on December 23, 1941 in Mexia, Texas to Walter Calvin and Nelma Bennett (McKey) Piearce. He married Helena Sue Fletcher on January 17, 1964 in Van Zandt County. Calvin was retired from the Quinlan Independent School District where he had worked in maintenance. He enjoyed doing anything that involved being outdoors, especially fishing, hunting, camping, and playing with his dog.

To order memorial trees or send flowers to the family in memory of Calvin Piearce, please visit our flower store.