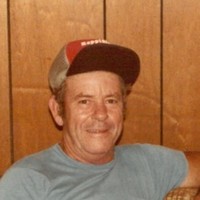 Bobby Farmer, 87, of Lone Oak, passed away on Thursday, December 25, 2014 in Greenville, Texas. Bobby was born on December 14, 1927 to Sidney and Nell Farmer in Dallas, Texas. Bobby would meet and later marry Annie Collander in January, 1941. To this union were born three children; Sidney, Lisa and Joette. Bobby was a business entrepreneur. He owned and operated Temerarias Restaurant for over twenty years. Even after her retired, Bobby remained active, working in his garden and yard; always enjoying being outside. But Bobby's passion was for his family. He enjoyed spending time with his children, grandchildren and great-grandchildren. These were his true pride and joy. Bobby was known for his quick wit, ready smile and heart-felt laughter. His was a great heart and gentle spirit that will truly be missed. Bobby is preceded in death by his parents, Sidney and Nell Farmer; his beloved wife, Annie; as well as his brother Richard Farmer. Those left to celebrate his life include his son, Sidney Farmer and his wife Terry; daughters, Lisa Ball and her husband Jesse, Joette Roland and her husband Bobby; grandchildren, Jason Farmer, Jerry Farmer, Joe Paul Ogle and his wife Ashley, Allen Ogle and his wife Dana, Robby Roland and his wife Amanda; great-grandchildren, Tavia, Taylor, Lukas, Ivy, Lexi, Orion, D. J, Tiarnan; sister, Nell Higgins; as well as numerous extended family, friends and neighbors. A gathering of family and friends will be held on Monday, December 29, 2014 from 6:00 p.m. to 8:00 p.m. at the funeral home. A funeral service will be held the following day, Tuesday, December 30, 2014 at 2:00 p.m. also at the funeral home. The interment will be held at Donnelton Cemetery immediately following the service.

Quinlan Funeral Home
To order memorial trees or send flowers to the family in memory of Bobby Farmer, please visit our flower store.