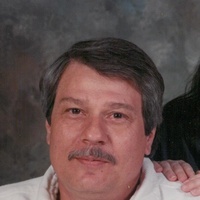 Billy Joe Thomas, 63 of Sedalia, MO, passed away on March 14, 2019 in peace at his home. Billy was born on June 4, 1955 in Dallas, the son of Alvin Hammer and Elisabeth Jumper. Billy was raised in Dallas and was proud and devoted member of the Buckner Family. He looked forward to attending the Buckner Family annual meetings. He spent his life working as a master welder which lead him to many friendships abroad in such places as England and Japan. Billy spent the later part of his life as a trainer for Proenergy Company in Sedalia, MO.

Billy is survived by his wife of 13 years, Amber Dawn Thomas; his fur-baby, Riley, his stepchildren whom he loved as his own, Lisa Tyndell, Carl Tyndell and Ronald Tyndell: his sisters, Betty Glass of Sedalia, MO, Linda Moore of Quinlan, and Katy Miller of TX; his brothers, James Thomas of Paris, TX, Jimmy Robinson of TX, Jackie Robinson of TX, and Alvin Hammer Jr. of TX; his father-in-law, Robert Ross of Ingleside, sister-in-law, Angela Delgado (Santiato) of Pearland, brother-in-law, Andrew Ross (Jessica) of Ingleside, and many grandchildren, great grandchildren, nieces, nephews and cousins.

A public visitation and viewing will be held on Friday night, March 22, 2019 from 6:00 to 8:00 and from 9:00 am to 11:00 am on Saturday at Quinlan Funeral Home. Billy’s funeral service will be held on Saturday, March 23, 2019 at 11:00 am with Rev. Jimmy Quesenberry officiating. His interment will follow the service in the Quinlan West Memorial Cemetery.