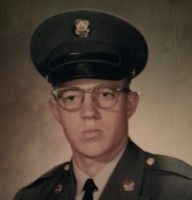 Billy Ray Kemp, 66, of Quinlan passed away on Tuesday, September 18, 2018 in Dallas. Billy was born on April 26, 1952 in Vernon, the son of Earl Tag Kemp and Louise Emiline (Scott) Kemp. He married Vicki Messick on March 17, 1972 in Vernon. Billy worked in the oil fields as an oil rig operator for many years.

No public memorial service is planned at the time of this posting.

To order memorial trees or send flowers to the family in memory of Billy Kemp, please visit our flower store.