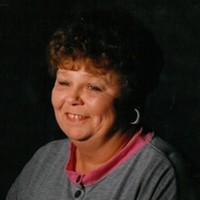 Billie Francis Goodbrake , 74, of Terrell passed away on December 21, 2016 in Kaufman, Texas. She was born on September 20, 1942 in Decatur, Illinois to the parents, Joseph Robert Gullion and Eileen (Tertocha) Gullion. She married Ronald F. Goodbrake and together they had three children.

Billie is preceded in her death by her parents, Joseph and Eileen Gullion and grandson, Ronald Franklin Goodbrake.

Visitation with the family will be held on Thursday, December 29 from 6:00 to 8:00 at Quinlan Funeral Home. Her funeral service will be held on Friday, December 30 at 2:pm in the chapel of the funeral home. Her interment will follow the service in the Highland Memorial Gardens in Terrell.

To order memorial trees or send flowers to the family in memory of Billie Goodbrake, please visit our flower store.