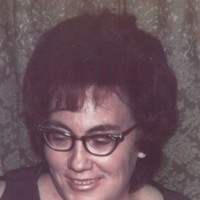 Betty Jo Spicer, 82, of Quinlan passed away on Saturday, February 25, 2017 surrounded by her loving family. Betty was born on December 17, 1934 in Lamesa, Texas to her parents, John Brown Carter, Sr. and Wawessa Lindsey Carter. She worked for many years with the Quinlan Independent School District. Betty was a resident of Quinlan for 41 years.

She is preceded in her death by her husband, Ramon Spicer, Sr.; her parents, John and Wawessa Carter; and a sister, Bonnie Broughton.

Her funeral service will be Friday, March 3, 2017 at 12:00 pm in the Chapel of Quinlan Funeral Home with Brother David Hammond officiating. Interment will follow the service in Lakeside Memorial Park in Quinlan. Visitation with Betty's family will be Thursday, March 2, 2017 from 6:00 to 8:00 pm at the funeral home.

To order memorial trees or send flowers to the family in memory of Betty Spicer, please visit our flower store.