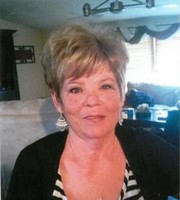 Anita was a loving wife and mother. She created and maintained a warm and loving home for her husband and children. She loved spending time with her children, grandchildren and great-grandchildren. She will truly be missed.

Anita is preceded in death by her parents, Edmond and Loretta Money; her husband, E.C. Kelley; sister, Jerry Kay Jones.

To order memorial trees or send flowers to the family in memory of Anita Kelley, please visit our flower store.