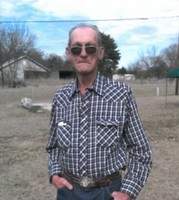 Alvin Hudson,66, passed away on Saturday, November 28, 2015 at his home in Greenville, Texas. Alvin was born on July 22, 1949 to Lee and Mable Hudson in Hunt County, Texas. Alvin was a jack of all trades. Alvin was a hard worker. He was a painter and a roofer all his life. Alvin believed in hard work and taught his family the benefits and rewards of doing a good job the first time. Alvin loved his family and his work. He was a simple man with simple tastes. He will truly be missed by all who knew and loved him.

A gathering of family and friends will be held on Thursday, December 3, 2015 from 6:00 to 8:00 p.m. at Quinlan Funeral Home. A funeral service will be held the following day, Friday, December 4, 2015 at 2:00 p.m. also at the funeral home. The interment will immediately follow the service at Shady Grove Cemetery in Greenville.
To order memorial trees or send flowers to the family in memory of Alvin Hudson, please visit our flower store.