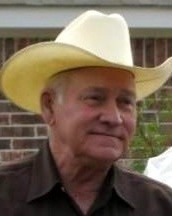 A celebration of life memorial for Alton Pete Piearce will be held at 3:00 p.m. on Sunday, September 25 at Quinlan Funeral Home. Mr. Piearce gained his wings and entered heaven’s gates on September 14, 2022.

Pete was born on September 10, 1944 in Corsicana, Texas to Walter Calvin and Nelma McKey Piearce. He married his beloved wife Patricia McKinley Piearce on May 17, 1963 in Mesquite, Texas. Pete spent most of his life working in construction. He started working his summers during high school with his Uncle Goob. He continued to work in the construction industry with his brother Calvin and started Piearce and Piearce Construction. He then went on as an independent contractor. Pete worked construction for over fifty years of his life. After a long retirement of six months, he realized that retirement was not for him and began working for Wal-Mart in 2009 until the very day we went into the hospital.

Pete enjoyed many activities in his lifetime from Play day rodeos, fishing, hunting, and coaching his children in sports all throughout their lives into adulthood. In recent years his most precious time was spent with his family and sitting with his wife watching rodeos, old westerns on TV, or just listening to his favorite good ol’ country music.

To order memorial trees or send flowers to the family in memory of Alton "Pete" Leroy Piearce, please visit our flower store.